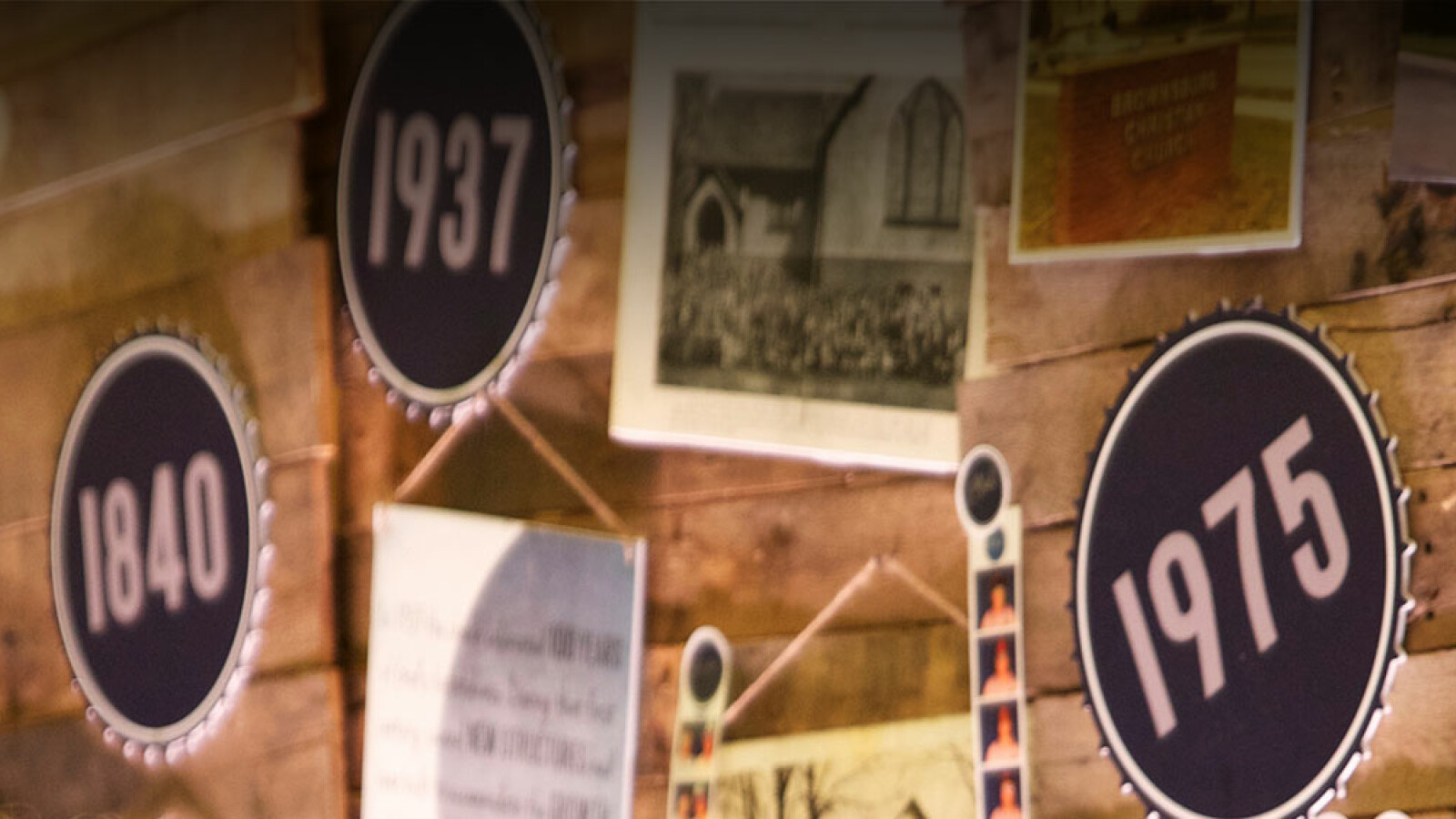 Connection Pointe was founded in 1837. The first congregation met in homes around Brownsburg and eventually in the town’s first schoolhouse. Our first minister, Thomas Lockhart, helped construct the first church building, which was made entirely of logs. In the next 100 years the church would not only grow through many building projects, but also in its outreach to the community and world.

In 1975 the church completed a new building in the center of Brownsburg (where the current town hall is today). In 1986, Pastor Steve Reeves became the 35th Senior Pastor. Under his leadership the church experienced consistent growth, from a congregation of 250 to more than 4,000.

The church relocated to its current location in 2001 and the chapel and gym were added in 2005. Brownsburg Christian Church became Connection Pointe Christian Church in 2006, representing our mission to connect people to Jesus and each other.

Connection Pointe is a unique, multi-generational church with an extraordinary vision for the future, over 4,000 people attending weekend services.

Connecting people to Jesus and each other.

What does the church believe about baptism?

We believe the Bible teaches that baptism is a demonstration that you have accepted God's grace by putting faith in Jesus Christ. As soon as you acknowledge that Jesus Christ is Lord and Savior, baptism by immersion is the next step to show your obedience to Him. Find out more about baptism here.